Electric vehicles have become a more unique, cheap, and sustainable mode of transportation nowadays. Since it is also a motorized vehicle, the rules and regulations to use them in different states differ from others.

If you are a newcomer in Texas, you must have a clear concept of traffic and transportation rules when using e-bikes. Because, unlike pedal bicycles, you may need a license, insurance, and registration to ride on e-bikes in Texas.

Not following the e-bike laws in Texas can violate traffic rules and get you in trouble with the cops. Keep reading this article to learn all about Texas electric bike laws for using e-bikes conveniently.

The different State governments set slightly different rules for using electric bicycles. And so, in Texas, you cannot comply with the laws of other states as it may not be legal.

Texas Department Of Transportation is the government organization that sets the e-bike rules. Firstly, E-bikes are legal and recognized as two-wheeler to be ridden on Texas roads. However, the rules are comparatively stricter than the general pedal bicycles.

In Texas, it is a law that your e-bike should not exceed the weight limit. In general, most e-bike possesses 5 to 70 lbs of weight. And so, the weight limit for the e-bikes in Texas is confined to 100lbs.

This limit is very flexible and allows you to do additional modifications such as adding an extra carrier, battery, etc.

It is flexible in other states to get your general moving lane on the road. But in Texas, you cannot own a complete lane. If you want to ride on a general lane other than bike lanes, you need to ride on the right side of the lane.

More on that, if you are even riding with your friends in the same lane, you need to make way and let other vehicles pass.

It is mandatory you should let other cars and vehicles pass through you. You must show a sign while changing lanes or stopping if your bike does not have indicator lights.

The speed limit for the e-bikes is 20 mph. However, you can ride slightly more than that without getting charged by the cops. But modifying the motor and exceeding the speed limit can be illegal in local ordinances.

Your e-bike should be fit and well equipped to ride on the main road at different day hours. You must install a headlamp that can at least illuminate 500 ft in front of the bike.

Moreover, you need to install a Red reflector or Redtail light on the back of your E-bike. This is essential to notify your presence on the road at dead hours of the night.

The motor power of the e-bike should be less than 750 watts. Anything more than that will violate the rules of owning an e-bike. Since most e-bikes are commercially designed to be “500 watt ebike”, it won’t hassle much.

While riding on the road, you need to learn about some hand movements for signaling other vehicles. Not doing these may provoke other drivers, riders, or pedestrians on the road and get you in trouble. 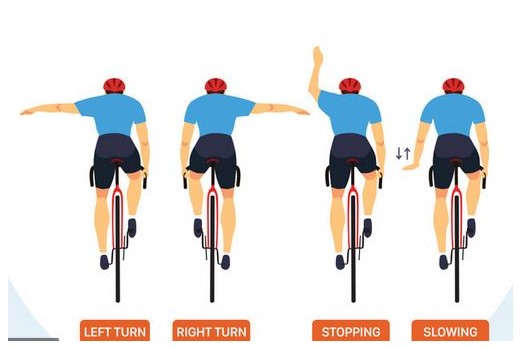 These signs include stopping, overtaking, making a turn, or lane changing signs.

It is illegal to ride with a pillion on e-bikes. You cannot modify your e-bike to carry a passenger on the back of your bike. Hence, only one person can ride an e-bike unless it’s a tandem bike with a separated handlebar. 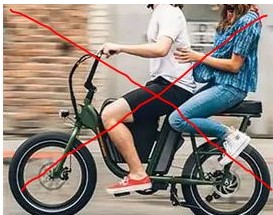 It is prohibited in Texas to tow or pull another person with a skateboard or roller skate on the road while riding an e-bike. This won’t be a good idea to ride e-bikes on a trail road in Texas.

The trail roads are for non-motorized MTBs and dirt bikes with powerful engines only.

Is An E-Bike Considered A Motorized Vehicle In Texas?

E-bikes are generally two-wheeler bicycles with a battery and DC motor energizing the bike’s drivetrain. Some E-bikes have a dual energizing system using the pedal and motor.

But on the other hand, some E-bikes do not come with pedals. These are only driven using the battery and motor. These e-bikes are recognized as Motorized vehicles in Texas. The “Texas Department of transportation” has set up separate rules and regulations for riding e-bikes.

The e-bikes with throttle-assisted propelling are the most motorized version of the e-bike in Texas. You need to be 15 years or more to ride a Class-3 e-bike with helmets and other safety gadgets.

What Class Of E-bike Is Legal In Texas?

In today’s world, there are different variations of e-bikes. Some assist-based e-bikes, whereas some are fully accompanied by a throttle system and a separate drivetrain.

All the e-bikes are categorized into three classes according to the Texas Department of Transportation. These are Class-1,2 and 3 E-bikes. Modified or e-bikes not complying with these classes are illegal in Texas.

These are bicycles installed with a motor that assists the pedaling until the bike reaches 20mph. When the speed reaches 20mph, that motor halts automatically and stops assisting with the pedal.

This type of bicycle is throttle assisted. You can easily control the speed of the e-bike with the synchronized motor and throttle control system. Besides, the speed is limited to 20mph, and your motor stops assisting when the speed reaches 20mph.

E-bikes of this class have an assisting motor, which only works when the rider is pedaling. It stops assisting with the pedal when the speed reaches more than 28mph. You need 15 years or more to ride class-3 e-bikes conveniently.

E-bikes are designed as a sustainable and eco-friendly transportation medium. Unlike other motorized vehicles, it does not burn fuel to propel the bike. In contrast, a rechargeable battery and a DC motor are used for propelling.

Three different classes of e-bikes are allowed to be driven on the roads of Texas. The Texas Department of Transportation controls the laws, rules, and regulations about riding e-bikes.

Do You Need A License To Ride An Electric Bike In Texas?

The e-bikes are mostly categorized as bicycles. There are no special rules and registration systems for riding e-bikes. Unlike motorcycles which use different-sized engines and fuel, e-bikes are designed on the structure of a normal bicycle.

As a result, no special training or driving lessons are required to ride an e-bike. Therefore, you do not need to have a driving license to ride an electric bike on the roads of Texas.

The rules are pretty simple; if you can ride a bicycle, you can also ride an e-bike following the general cycling rules.

Do You Need Insurance To Ride An Electric Bike In Texas?

Insurances are required to protect a user from accidents and damage to the vehicle or the user’s body. These are covered by the insurance after paying for coverages.

The e-bikes are made of comparatively cheaper components and easy-to-replace parts. Both e-bikes and bicycles are categorized under the same section by the Texas Department of Transportation.

That is why you don’t need insurance to ride an electric bike in Texas. You can simply purchase your e-bike and ride freely on the road, similar to pedal bicycles.

Do You Need Helmet To Riding An Electric Bike In Texas?

Helmets are one of the most important safety components to keep your head away from injury while riding two-wheelers. It is mandatory for everyone under the age of 18 to wear a certified helmet while riding an e-bike. 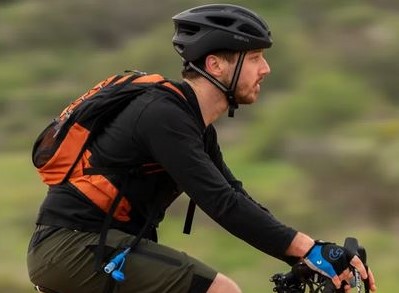 Although there are no separate rules for wearing helmets for people above 18 years. But it is essential to wear the helmets for the sake of your own safety.

Are There Any Age Restrictions To Riding An Electric Bike In Texas?

Although children and adults can ride bicycles, it is not the same for e-bikes. Depending on the e-bike class, there are some age restrictions. You need to be 15 years old or more to ride an e-bike legally on the street.

But there are no age restrictions for the passenger of the e-bikes. It is as if the e-bike is designed for two persons.

E-bikes will be ruling the road in the next few years because these are both environment and budget-friendly modes of transportation. Being an e-bike lover and a resident of Texas, it is important you know the rules.

If you move from state to state in the US, you need to know the legal laws regarding riding an e-bike. This is because not all the states follow similar rules about driving e-bikes.

We hope this article has enlightened you on the laws, traffic rules, and regulations to ride an e-bike on the roads of Texas. Knowing about these Texas Electric Bike Laws will help you move freely and legally.