E-bikes are acceptable and recognizable in the United States. Seasonal cyclists and children are love to ride electric bikes for sports competitions or hobbies. But there is confusion about how fast an electric bike can go.

Well, the speed of an e-bike varies a lot based on its wattage. For instance, if you have a 1000W e-bike, you’ll surely want to know, how fast does a 1000W electric bike go?  A 1000W e-bike will go up to 35mph or 56.32km/h over flat terrain with pedaling. The speed will vary depending on the terrain and weather in your location.

A 1000 W electric bike is among the most powerful and fastest e-bikes. It can cruise through challenging terrains and handle reasonable loads.

The average motor speed for a 1000W electric bike is about 25-30mph. Pedaling the e-bike can allow the speed to reach 35mph depending on the model.

Electric bikes with 25-30mph top motor speeds belong to class 3 types. These e-bikes have a reliable speedometer that allows the rider to reach 28-35mph and stop.

25-30mph e-bikes are super fast and ideal for cruising on high traffic or off-road roads. The high speed can only be attained on the highways and not on the trails.

Every rider needs to exercise precautions when using 1000W electric bikes on the highway to avoid getting tickets for breaking the traffic laws.

1000W e-bikes are mostly preferable for tall people because they can control the bike more smoothly and precisely in any situation. Moreover, other wattage  Electric bikes for tall guys are also super powerful and fast. These e-bikes can hit 35mph with pedaling assistance on flat terrain. Climbing the trails is also super easy due to power transfer.

What Factors Affect How Fast Does A 1000 Watt Electric Bike Go?

Motor power is the primary speed determiner for most electric bikes. A powerful motor will allow an electric bike to handle heavy loads and hit top speed. 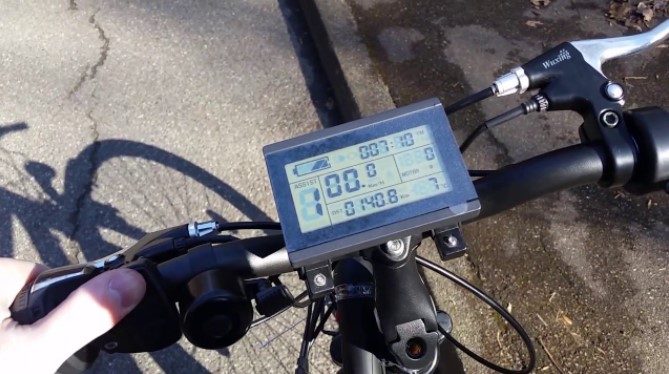 Below are quick factors that affect how fast a 1000 watt electric bike goes:

A 1000W motor on the electric bike tends to assist in pedaling. The rider needs to pedal faster if looking to hit 25-30mph. In addition, the speed of going downhill and uphill depends on the rider’s pedaling skills.

Modern electric bikes come with throttles that allow riders to speed like scooters. There is no need for pedaling quicker to enjoy the top speed. But if your e-bike has a low throttle speed, you will have to pedal to travel faster.

Electric bikes that carry minimal loads are more likely to hit top speed than those with heavy loads. If you are looking to hit 35mph, ensure your e-bike is not carrying more than 200 pounds. Heavy loads make the electric bikes go slower.

Most e-bike brands tend to state the top speed of their bikes on a smooth surface. These bikes go at a high speed on open ground. Expect to go slower uphill and rough terrains.

A 1000W electric bike can hit 35mph on the highway. But some States have set the speed limit for electric bikes to about 20mph on public roads. Going beyond the limit will result in traffic violation rules.

Most electric bike speeds are voltage-dependent. But riders have a chance to make their e-bikes go faster than 20mph and incorporate off-road mode. 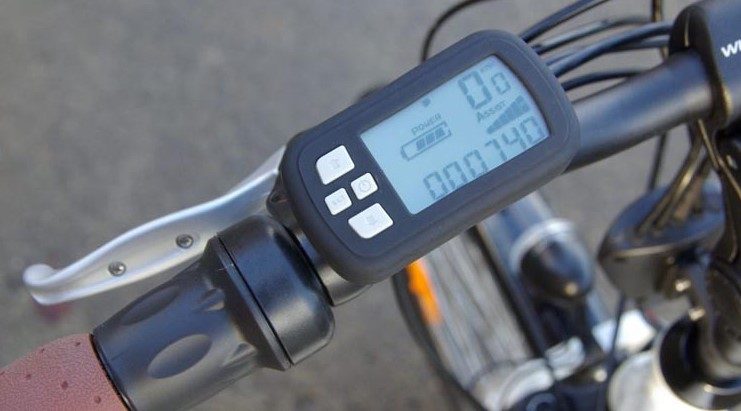 Below are quick tips to increase your 1000 watt electric bike speed:

Switch to Smoother and Slimmer Tires

You can upgrade your electric bike to go faster by replacing the thick tires with slimmer counterparts. Knobby tires are known for slowing down most e-bikes.

Thin tires are aerodynamic and lighter to enhance hitting top speed faster. Ensure the chosen slim tires are compatible with your electric bike.

Many e-bike enthusiasts prefer upgrading the motor rather than the battery. But they end up still experiencing slow speed. I recommend upgrading the battery to a higher voltage for top speed.

Check the controller ratings of the new battery before swapping the current one. It will help prevent your controller from overheating when stepping up the voltage.

Riding the e-bike tend to drain the battery over time. A drained battery won’t power the motor, and you will have to pedal it. Pedaling make the e-bike physically slow.

Ensure your electric bike stays charged and always carry a charge during your trip. Recharge the battery on a mid-trip to avoid slowing down.

A 1000W electric bike can hit 25-35mph depending on the road condition and rider’s pedaling power. Moreover, it is a powerful motorize bike that can cover longer distances.

The fastest e-bikes have long-lasting batteries and durable motors to keep the rider on the road. A 1000W electric bike is ideal for on-road activities and not off-road conditions.

However, when you want to achieve the max speed of your 1000W ebike, the bike load, throttle speed, weather conditions, and state speed limits will influence the top speed of your electric bike. Use the above tips to increase your 1000W e-bike speed.