When you purchase an electric bike for the first time, all you want is to utilize the bike and enjoy your ride whether it is for leisure or to commute. To do that, the electric bike system must be working very well with the key component being the battery.

Hence, there is a need to take necessary safety precautions which include charging an E-bike battery for the first time.

Since the battery is the heart of an e-bike, it is crucial to understand the process of charging an e-bike battery for the first time without overdoing it. And that’s what we’re discussing today, with a step-by-step guide to your first ebike charging.

The steps include having an intricate knowledge of where important parts and components that aid the charging process are located in the bike, and also knowing how to handle them properly.

It is almost impossible to try charging an e-bike battery when it is not in reach. But once it is, the first thing to do is to start by unwrapping the external pack to check the inside of the e-bike battery.

It gets easier after unwrapping and the following step by step guide on charging the e-bike battery should be applied:

1. Locate where the key is

Every e-bike battery usually has a key attached to it so that the battery will not be open to theft. Although the key type varies depending on the brand of an e-bike, a similar feature for all is that it often has the on and off features that are used to regulate the battery charge period.

Also note that the key is sometimes placed inside its toolbox and in some cases, attached to the hand bar.

One thing to avoid when trying to charge your e-bike battery is to pay attention to the surface on which it is sitting. If it is not connected to the e-bike, this process is unnecessary, however, if it is, take out the e-bike battery by pulling off all strings tied to it.

Gently pull out the e-bike battery onto a clean and solid surface where it wouldn’t come in contact with water as water can damage the strength of the battery.

3. Look out for where the charger is and ensure to untangle it

It is one thing to have an e-bike battery, and another thing to charge it, but then if the tool necessary for charging it is not available, the purpose will be defeated. Due to the fluctuations of electricity in Nigeria, the electric bike charger has been adjusted to have an adaptive feature of 110volt as against 220volt if it were to be used in the United States of America.

A standard e-bike charger has a detachable cord and an AC adapter. This charger also has an indicator light which may be one or two depending on the brand and this acts as a way of informing whoever is charging it that it is connected or not. Some brands go all out in making sure that once the e-bike battery is full, there is a light indicating this, and this light is often represented in green color.

4. Ensure that there is a functional wall socket

It is sad to know that the preparations for charging the e-bike battery will stop halfway If there is none. This is because this step, like every other, is important in the chain of charging an e-bike battery. Once a wall socket is located, plug the charger into its holes. Also, ensure that the socket pins rhymes with the charger pins.

Allow the current to pass through the charger to the e-bike battery and not the other way round as it can destroy capacitors. Do not leave the battery in use and still charging. It is capable of destroying life or sometimes, causing an explosion. Also, ensure that the battery is off before being plugged for charging.

How Long Does It Take To Charge Your Bike For The First Time?

Whether you have a high performance 750 watt ebike, or a low howl 250w one, charging the battery for the first time is crucial. And knowing how long to charge, is a part of the process. Every battery has a system regulating its use known as the Battery Management System (BMS).

The first charge of any electronic device often requires a longer period and e-bike batteries are no different. This rule is because sometimes the cells of the battery are not charged completely from the company. 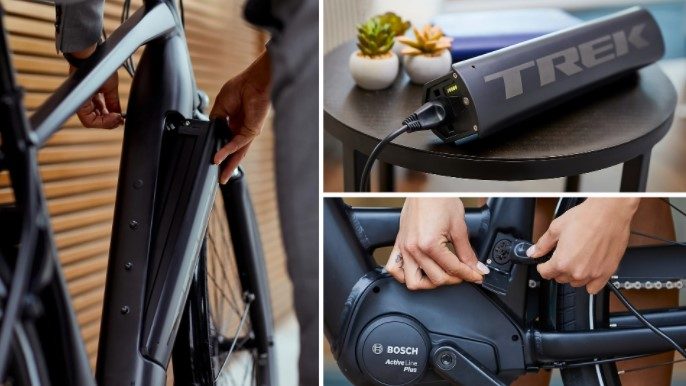 The length of a full charge differs from battery to battery but there is however a rough figure for a first-time e-bike battery charge. Given the first charge, it should not be less than 12 hours bar. This also differs based on the volt of each battery as a fast volt battery will bring about a shorter period of charge while a slow volt battery will increase the time of charge.

However, 12 hours is the standard. On average, for a normal charging time, it should not be less than 3 to 8 hours. This difference is because the charger varies and the brand, too. Generally, how long an e-bike battery charges are based on the capacity of both the battery and the charger.

How Often Should I Charge My E-bike?

Lithium batteries have a particular way of reacting to excess charge and low charge in the long run. E-bike batteries should not be charged too often and also not immediately after the ride as it is harmful to the battery’s health. Instead, leaving it to cool off and then charging it is fit for the battery. 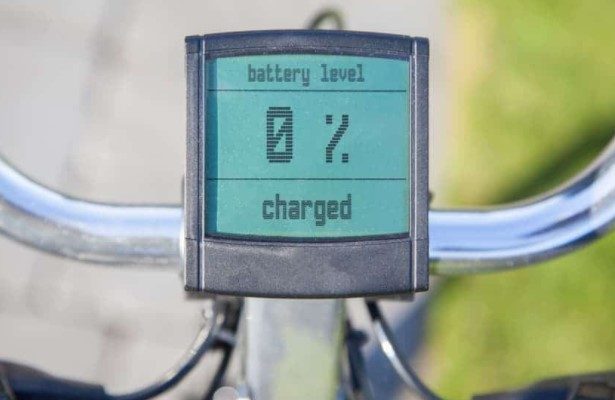 Stumbling on this enlightening guide on charging an E-bike battery for the first time has to be the best thing. Yet, when discourse about motorbikes and batteries are made, this guide will help determine the proper timing for charging and of course deeper insights.

Now that you know why and how ebike batteries need charging differently for the first time, you can ensure better battery health for the battery. With the battery in good shape, you can also expect your ebike to last longer and serve in an optimal situation for a long time.