Electric bikes are the trend nowadays. You’ve probably seen someone ride a bike uphill without pedaling.  These bikes are also known as e-bikes, they feature a battery-operated motor mechanism to assist in pedaling. It is a new mode of transportation with new regulations being developed.

Let’s dive deep and see where you can ride an electric bike and which electric bikes are not allowed on rail trails.

You’ve probably seen people use camping electric bikes on rail trails. In a law signed by Donald Trump, the move sees electric bikes reclassified as non-motorized bicycles. This allows them to safely ride on trails and national parks where pedal bikes can ride.

In the past, electric bikes were forbidden from riding on various rail trails. However, some states allowed class I e-bikes to ride on rail trails.

To delineate electric bikes from other motorized vehicles. Electric bikes are classified into three major categories. The classification is based on the bike speed and motor power. Below are the three classes.

Initially, even when electric bikes were not allowed on rails trails and some parks, class I e-bikes were allowed in most states. The change of laws allows the use of e-bikes on rails trails.

However, there are some restrictions on the use of class II and III electric bikes. These bikes are not allowed to use throttle control. This simply means you can only ride the bikes as class I e-bikes.

So, what is the big debate about sharing electric bikes with normal bikes on rails trails? Let’s dive deep and see why electric bikes are now allowed on rail trails.

Why You Should Not Ride Electric bike On Rail Trails?

The biggest concern when it comes to electric bikes on rails trails is safety. Safety is the biggest issue and is directly related to speed. There is a concern about electric bike riders racing down at high speeds making them dangerous for other riders. 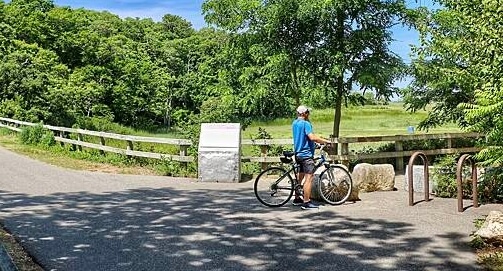 However, there are also reasonable arguments why electric bikes should be allowed on rail trails. After all, bikes make people happier and healthier.

In addition, electric bikes are great for less fit and older people in society. Despite the great things about electric bikes, there are genuine concerns about why they should not be allowed on rail trails. Let’s see some of the major reasons:

Studies have shown that electric bike average speeds are generally higher than those of pedal bikes. Electric bikes can go at high speeds which are considered disruptive on the trails. 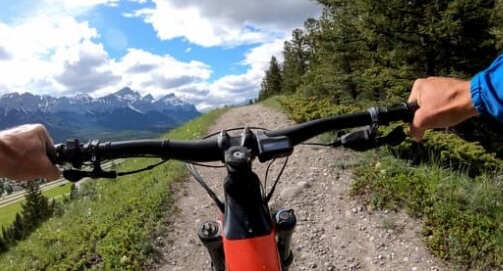 Faster speeds lead to longer braking timers and high chances of accidents. This is the complete opposite when pedaling. While some riders are responsible and can ride at good speeds, laws are needed to regulate reckless riders.

Furthermore, most riders have complained of being startled by electric bike riders passing past them at high speeds.

The second reason why electric bikes should not be allowed on trails is because of rider conflict. Not every person in the biking community agrees with the use of electric bikes on rail trails.

The debate and conflict make sense when inexperienced riders with high power come to the trails. It becomes a lot easier to maintain proper order by setting rules on the trail. Such rules might include not allowing electric bikes on trails.

If electric bikes are to be allowed on the trail, then they should follow the already set out rules. Among them should be the strict adherence to the speed limits.

You’ll also find electric bike riders climbing to the mountain pretty fast but not listing their bikes as e-bikes. This is cheating as there are real people that only use their muscles to get to the top.

Lastly, electric bikes can get new riders getting lost in the backcountry. Remember the bike battery can run out, and you’ll need to peddle your way. This can be a real danger for weaker riders that tend to depend so much on the motor power.

The effective motor can easily turn into an awkward burden when in the wild.

Where Can You Ride An Electric Bike? 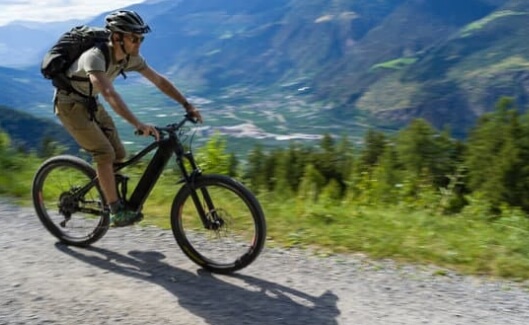 Luckily for you, most states nowadays treat electric bikes as traditional pedal bikes. This includes in national parks and on open trails, but with some restrictions and a few exceptions.

The US Forest Service has opened most of its grasslands and national forests for electric bikes. However, be sure to check the latest rules and updates on riding electric bikes in such places. The rules are always changing as people get to use electric bikes more often.